EHN reports on a new product targeted at a popular category of hire equipment used by tradesmen undertaking a variety of tasks.

The result of several years’ extensive research and development, the Uni-Prop has been designed as a more versatile and efficient form of the traditional adjustable prop that is commonly used for temporary support purposes, and which is to be found in countless hire fleets.

David Marr, MD of the manufacturer Uni-Prop International Ltd, told EHN that he has a background of developing products that offer solutions to challenges encountered in various industries, and that the idea for the new launch actually came from a local blacksmith in Suffolk. “He was undertaking some structural work that involved the support and installation of a heavy beam using traditional props. He found it an absolute nightmare and it took several hours. It showed the need for a different kind of solution, adapting the outer tube to accept a hydraulic ram. That was back in 2013 and we have since been developing the Uni-Prop, which has been tested to the BS EN 1065 standard and has patent protection.”

The Uni-Prop is designed to retain the familiarity of a traditional prop but can be adapted quickly to enable controlled power via a detachable hydraulic assembly, which is supplied as a one-piece, sealed unit. The hydraulic ram moves within the outer tube to extend the inner telescopic tube to the required position. This makes adjustment more precise and efficient, and enables the load to be raised in a controlled manner.

The product is available in three sizes, namely the Mini, Midi and Maxi, mirroring the existing prop sizes 0, 1 and 2. They cover a range of 1,140mm to 3,300mm and they are designed to provide a minimum power of 750kg, at any extension, and up to 2,000kg at defined extensions. When in position, a securing pin is inserted into the nearest hole above the collar, which is then rotated upwards until it rests against the pin. This secures the position and means the downforce is supported mechanically.

Uni-Prop International says that it has already aroused considerable interest in the product from a number of independent hirers. As we reported in our January issue, one of these is Ricky Ellam, MD of 727 Tool Hire in Great Dunmow, and previously MD of Speedy Services. He says that many of his customers have already identified a range of applications for it.

David Marr adds that “We are busy signing up independent hirer centres around the country who are taking a modest initial stock by special arrangement directly with ourselves. We are supporting the introduction by helping them promote the Uni-Prop to their existing customer base and directly to builders in their individual areas. We would like to hear from other similar businesses interested in learning more.

“We estimate that there are more than 100,000 jobs in construction completed each year where using the product would make a big difference, from installing lintels and fireplaces, to loft conversions and trenching work, and for vertical or horizontal applications. The hydraulic assembly gives greater accuracy and efficiency, and makes jobs less stressful. It also increases revenue opportunities for hirers across a broad range of tasks.” • 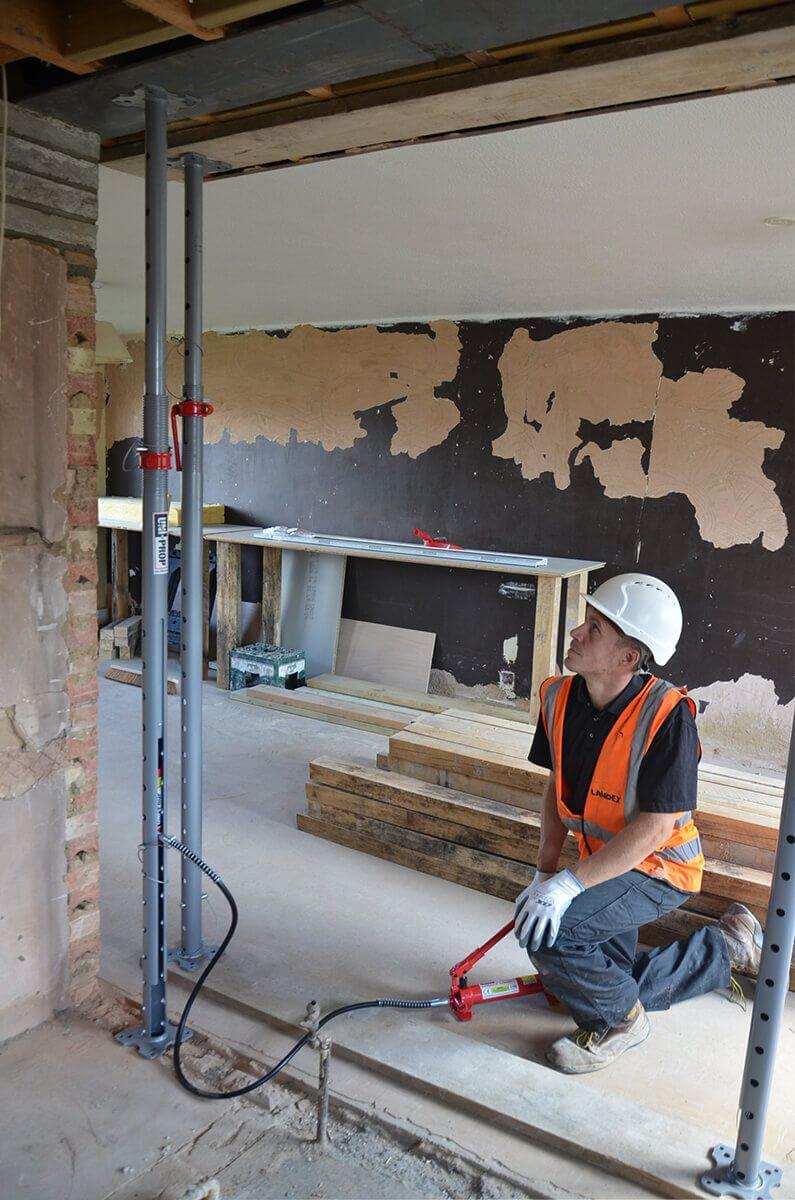