Uni-Prop International has announced the results of research into the safety implications of adjustable supports commonly known as ‘Acrow’ props. Independent research was undertaken by the company to celebrate the launch of its adjustable building support ‘Uni-Prop’; which can be adapted to also deliver hydraulic power.

There have recently been many incidences of accidents that have occurred because Acrow props were either deployed incorrectly or were faulty, explains Uni-Prop.

The latest available data from HSE (RIDDOR) showed 35 fatal injuries in the construction industry in the first nine months of 2017/2018. In addition, there were 609,000 self-reported non-fatal injuries during 2016/17.

In terms of enforcing the ‘Working at Height’ regulations, HSE commonly issues enforcement notices (sometimes with hefty fines) to construction companies that do not correctly deploy Acrow props.

In June this year, luxury yacht builder Sunseeker International was fined £167,000 following an accident involving an Acrow prop. In 2010 two demolition companies were fined over £115,000 after a labourer was killed by a falling steel prop. Earlier this year, in Texas USA, two construction workers were crushed to death when support beams collapsed.

In January this year, trade magazine ‘Scaff Mag’ reported that unsafe Acrow props had entered the market place and users were advised to check the safety of the props that they were using.

With safety front and centre of its agenda, Uni-Prop International recently launched the Uni-Prop. Available in three sizes, it is an adjustable building support that can be quickly adapted to also deliver hydraulic power. The device (recently mentioned in the Daily Express), is widely regarded as a major development for the general building industry; the first such upgrade on steel temporary building supports in over 80 years.

Rob Brown, a leading UK health and safety expert, said: “I urge anyone who is concerned about the safety of their existing Acrow Prop to replace with Uni-Prop as a priority. What’s more, changing to Uni-Prop gives the user the option of controlled power – so they can either use Uni-Prop in the same way that they would use an Acrow or they can incorporate the powerful hydraulic assembly unity.”

With a unique (and patented) design, Uni-Prop can be used exactly as a traditional adjustable support or with controlled power of up to 2000kgs following simple installation of a detachable hydraulic assembly, which is supplied as a sealed unit in a bespoke HDPE case. It is the addition of this option that is said to make Uni-Prop so special and sets it apart from existing devices that are used on virtually every building site across the globe.

Marketing director Christian Nichols said: “Uni-Prop has been in development for three years and our resulting solution is a global first in terms of hydraulic assisted temporary support. The predecessor, (aka Acrow), is not fit for purpose of the application of controlled power – something Uni-Prop does with complete ease and due deference to the all important Health & Safety considerations.”

The product has already gained attention from the construction industry and been featured in Executive Hire News. Tony Burrows, operations director of award-winning local building company Landex, is impressed and notes, “Uni-Prop isn’t just playing a supporting role to me; it looks destined for centre stage and we wish the company well in their march to market. The Uni-Prop is a fantastic new solution and a ‘must-have’ for general builders. A truly great British innovation.”

The company understands that there are a number of sub-standard Acrows currently in use, which were probably purchased via unregulated internet sales. Nichols added: “We are offering building companies a deal for a limited period of time where redundant Acrows (originally purchased from any supplier) can be traded-in against orders for Uni-Props. Our product is failure load tested to BS EN 1065 and the bottom line is you can trust Uni-Prop.” 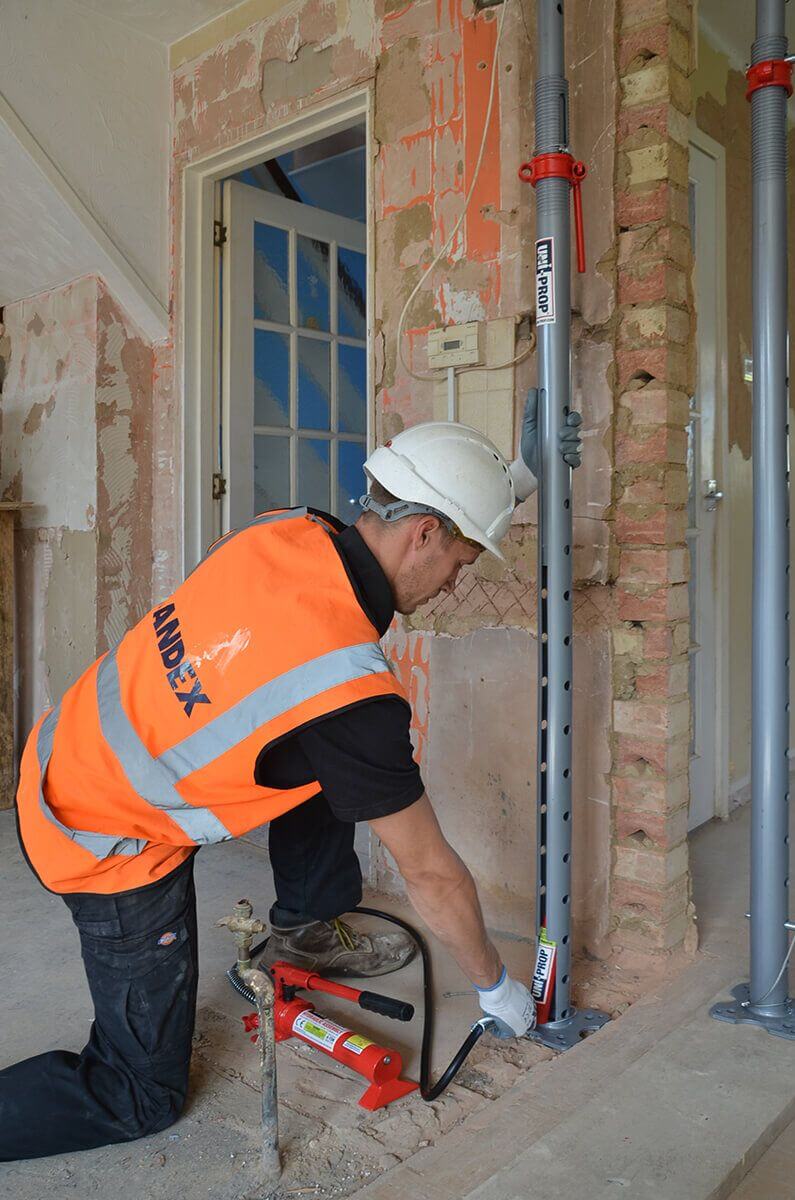